We Are Ready To Help You Succeed!

Our highly specialized team is sure to exceed your expectations with your rockfall, shotcrete, drilling, or foundation project.

Your Trusted Contractor For Rockfall Mitigation

A rockfall or rock-fall is a quantity of rock that has fallen freely from a cliff face. The term is also used for collapse of rock from roof or walls of mine or quarry workings. “A rockfall is a fragment of rock (a block) detached by sliding, toppling, or falling, that falls along a vertical or sub-vertical cliff, proceeds down slope by bouncing and flying along ballistic trajectories or by rolling on talus or debris slopes.

Typically, rockfall events are mitigated in one of two ways: either by passive mitigation or active mitigation. Passive mitigation is where only the effects of the rockfall event are mitigated and are generally employed in the deposition or run-out zones, such as through the use of drape nets, rockfall catchment fences, ditches, embankments, etc. The rockfall still takes place but an attempt is made to control the outcome. In contrast, active mitigation is carried out in the initiation zone and prevents the rockfall event from ever occurring. Some examples of these measures are rock bolting, rock dowels, pinned mesh systems, draped mesh systems, rockfall attenuators, rockfall barriers slope retention systems, shotcrete etc. Other active measures might be by changing the geographic or climatic characteristics in the initiation zone, e.g. altering slope geometry, dewatering the slope, revegetation, etc.

Our team had completed a rockfall project located in Lake Oswego, Oregon. This very unstable 60 foot slope was hazardous to nearby residences and needed to be mitigated. Rocks ranging from 10 lbs to 4000 lbs were falling due to unfavorable slope conditions. First, we cleared and grubbed the entire slope, then we set up a temporary rockfall barrier system to protect the road while we were rock scaling. After we scaled all the loose rock, we drilled and installed 21-11 foot deep rock dowels. The last step was to drape 6,200 sq ft of TECCO wire mesh. 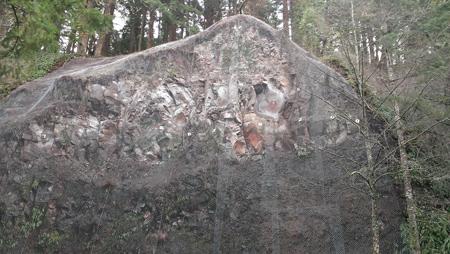 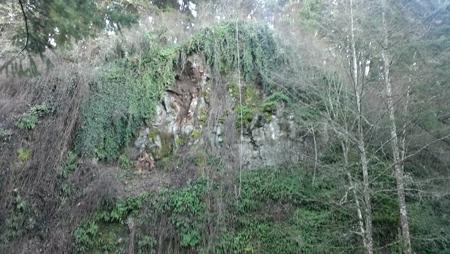 Welcome To Rock Supremacy
We use cookies to optimize our website and our service.
Manage options Manage services Manage vendors Read more about these purposes
Preferences
{title} {title} {title}